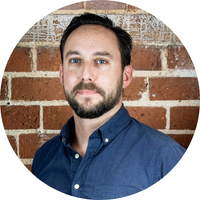 I’ve been with the RQA (and previously BARQA) since 2007, having moved back to England after an eight year stay in Australia. I started off all those years ago doing the membership and finance admin, but I’ve been the Membership Manager since 2018, so my job is to look after all aspects of membership, as well as still taking care of the day-to-day financial tasks. I’m afraid to say that if you’ve received an email from me at some point it’s almost undoubtedly been to ask you for money in some shape or form. Sorry, but someone’s got to do it!

On a personal note, I have two cats who demand my constant attention when I’m at home, and when that all gets too much, I’m quite happy to head out for a pint or two of Guinness (other beers are also acceptable). I’m a keen walker when I get the chance and I’ve done the UK Three Peaks challenge a couple of times, with varying levels of success! I’m also a keen traveller (again, when the opportunity arises), Lego builder, and armchair sportsman. Supporting both Spurs and England throughout my life has probably aged me a good ten years, but as before, someone’s got to do it.